As human activity alters and controls more of the earth’s surface, wildlife are forced to adapt. Some species are displaced from these areas, some live at the fringe, and others become full-time residents of what we tend to think of as “our” spaces. As their behaviour adjusts, it can seem as though these non-human neighbours of ours take on some of our own patterns and characteristics, reflecting our own nature back to us. We’re also forced to re-examine what “natural habitat” now even means for many of them. As such, these images present moments of day-to-day life for several commonly found species, as seen in tableau, not unlike the dioramas in natural history museums, but updated for the reality of their new habitats.

Lanthier chronicles local Vancouver wildlife stories, including the Chinatown Otter, a river otter that “broke into” Sun Yat-Sen Park and ate several of the prized koi fish, prompting rival social media fans using the hashtags #teamotter and #teamkoi. The Olympic Village Beaver is depicted, drawing parallels to Vancouver’s always-challenging housing situation. And, of course, there’s The Crow Commute, a daily happenstance in which thousands of crows fly just before dusk to the Still Creek area of Burnaby, echoing the evening rush hour. Vancouver’s “unofficial ambassador” Canuck the Crow is featured in this image as well.

Other works in the series explore the wider relationship of certain species to humans, including coyotes, and how they have adapted by turning nocturnal when in urban spaces, Canada geese, and how they’ve transitioned to residing permanently in urban parks rather than migrating, and raccoons, who perhaps more so than any other species have absolutely thrived in cities, the only drawback being that they’ve developed typically human problems like obesity and heart disease for all their success. 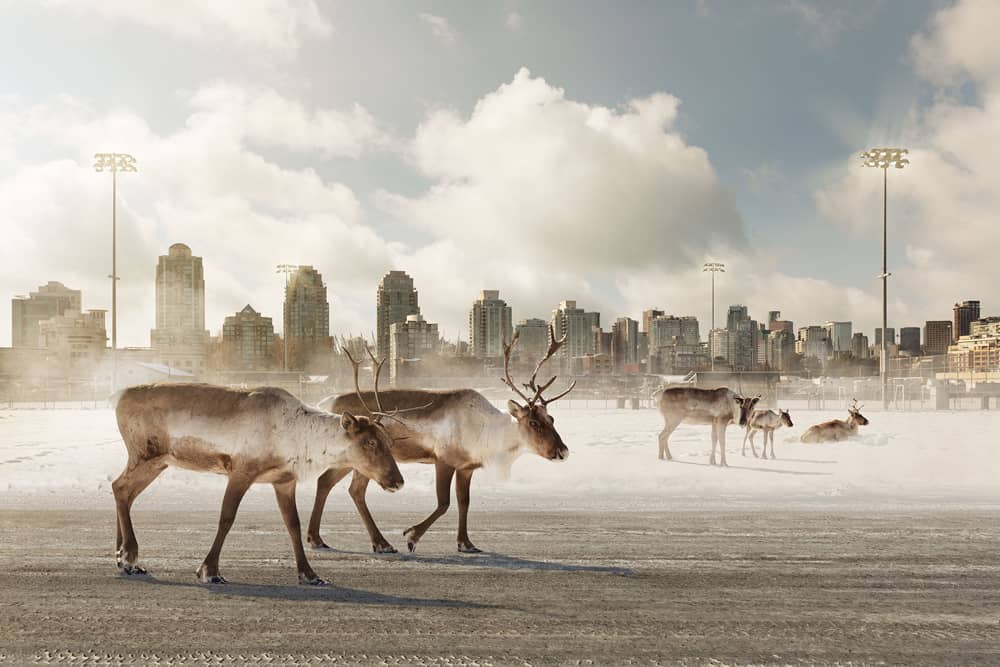 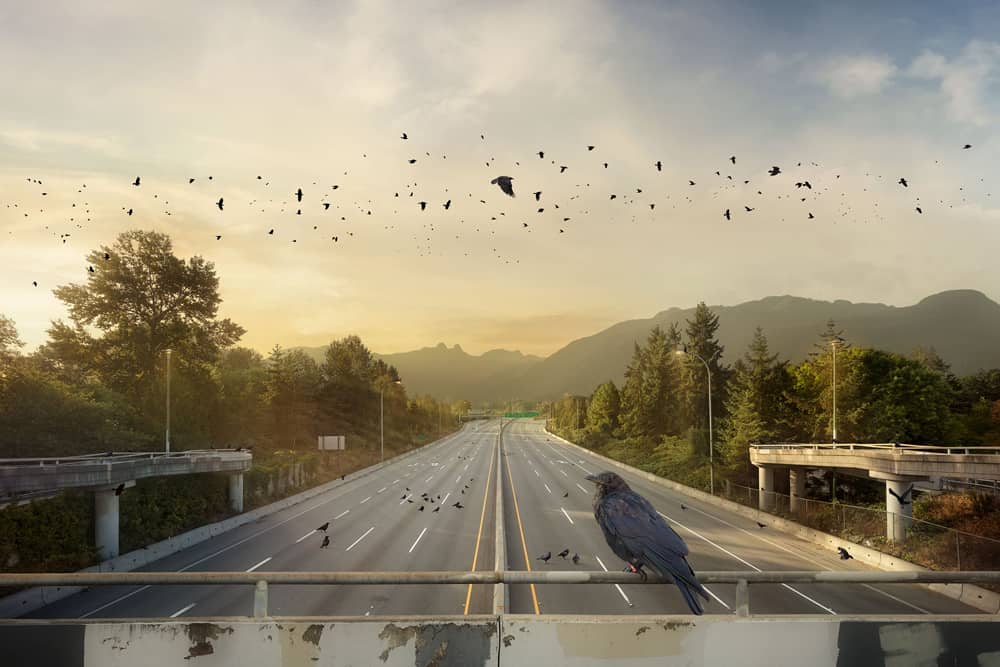 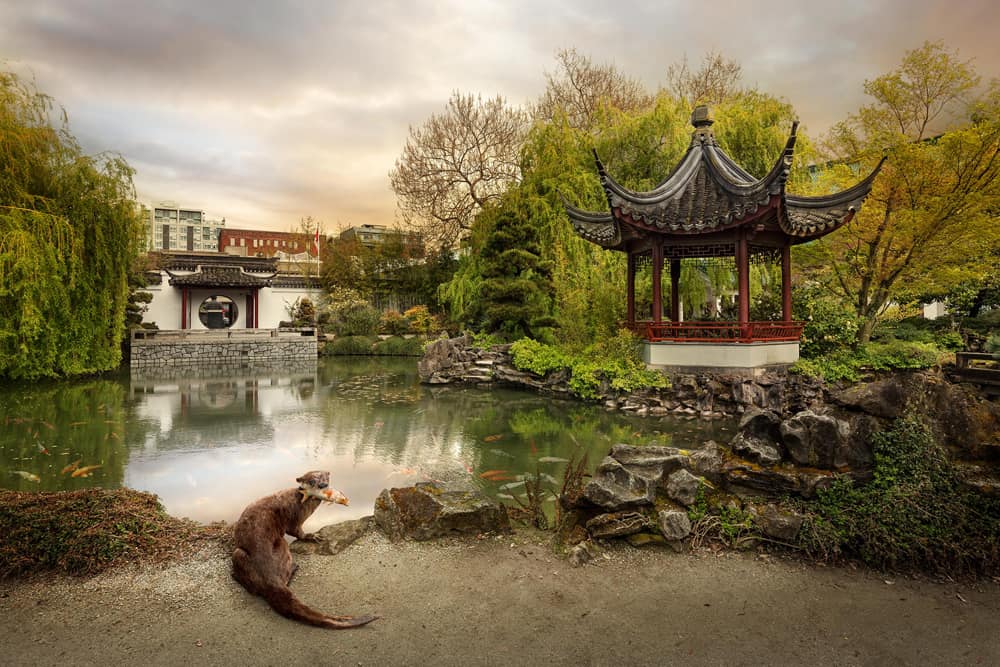 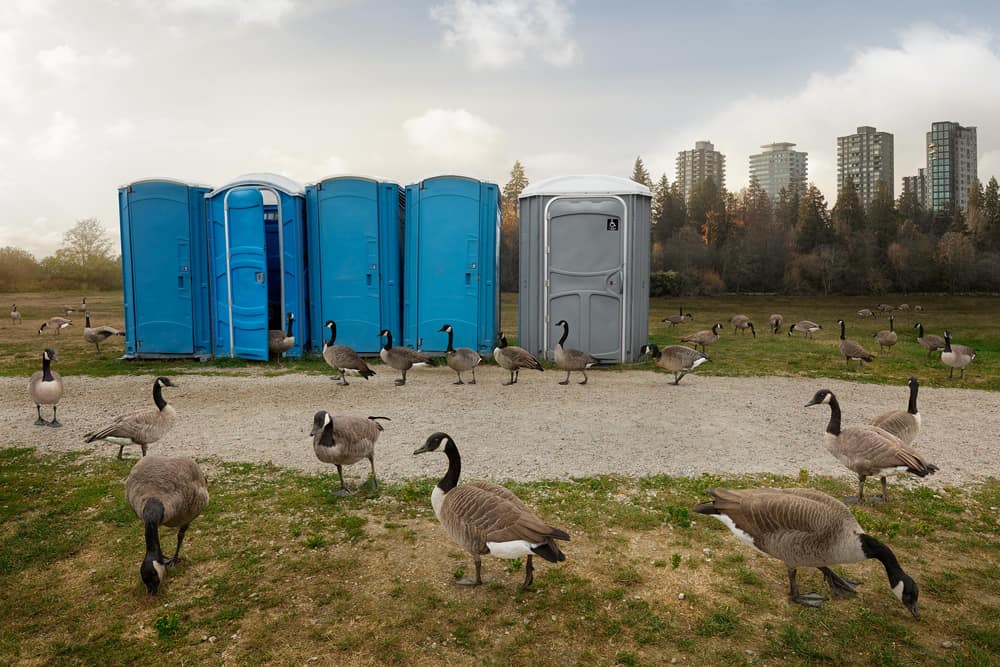 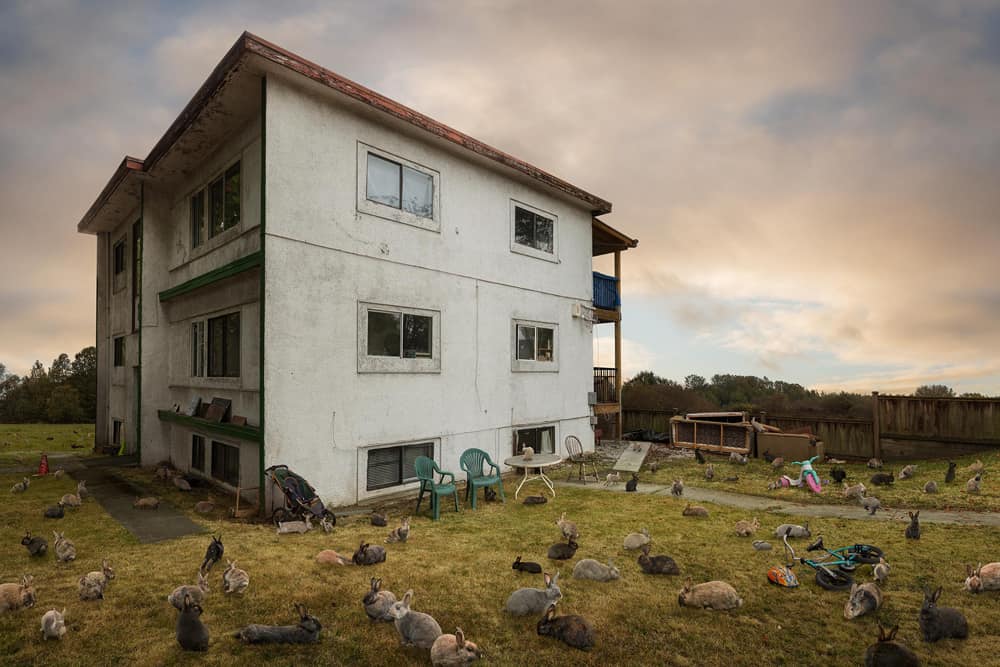 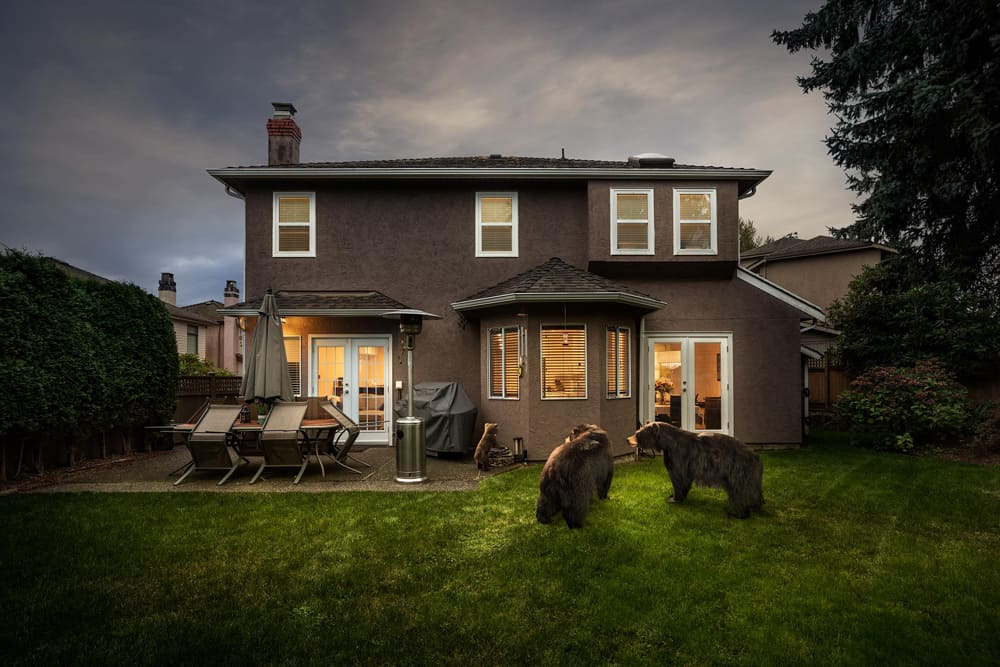 Bears in our Backyard 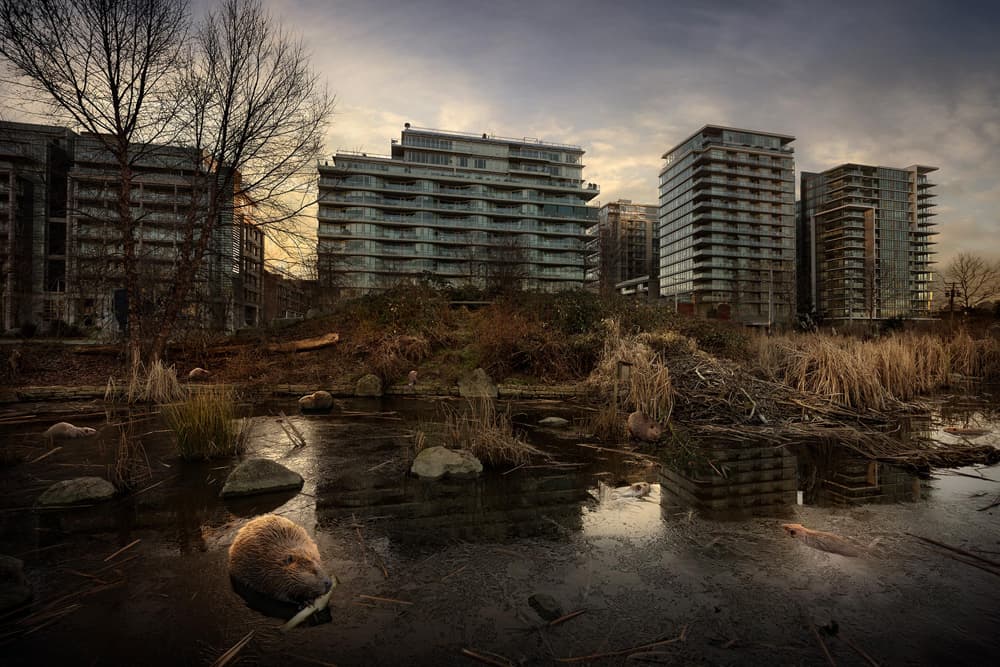 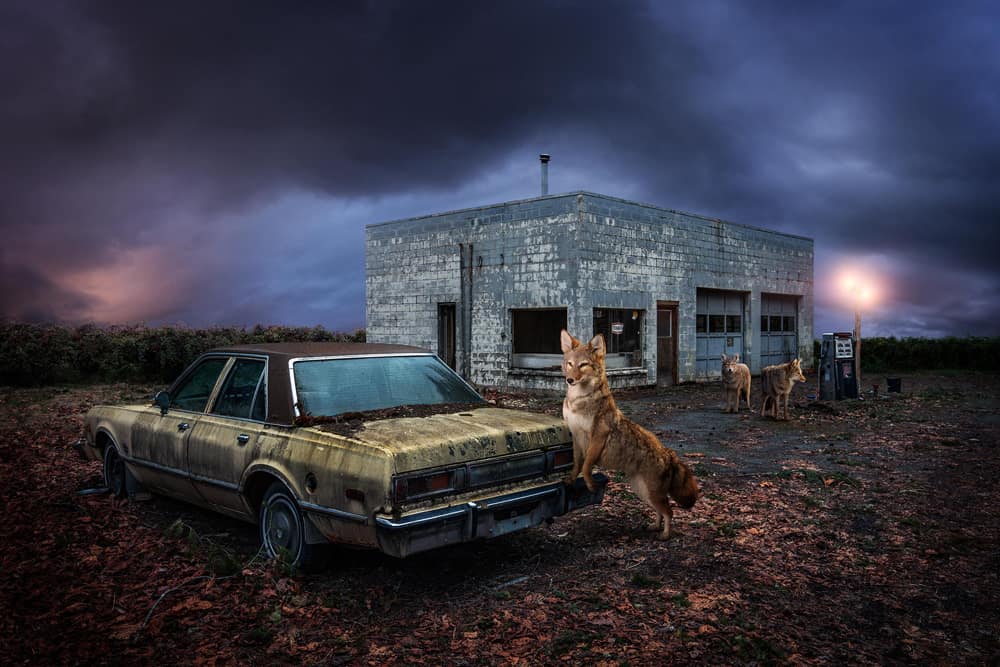 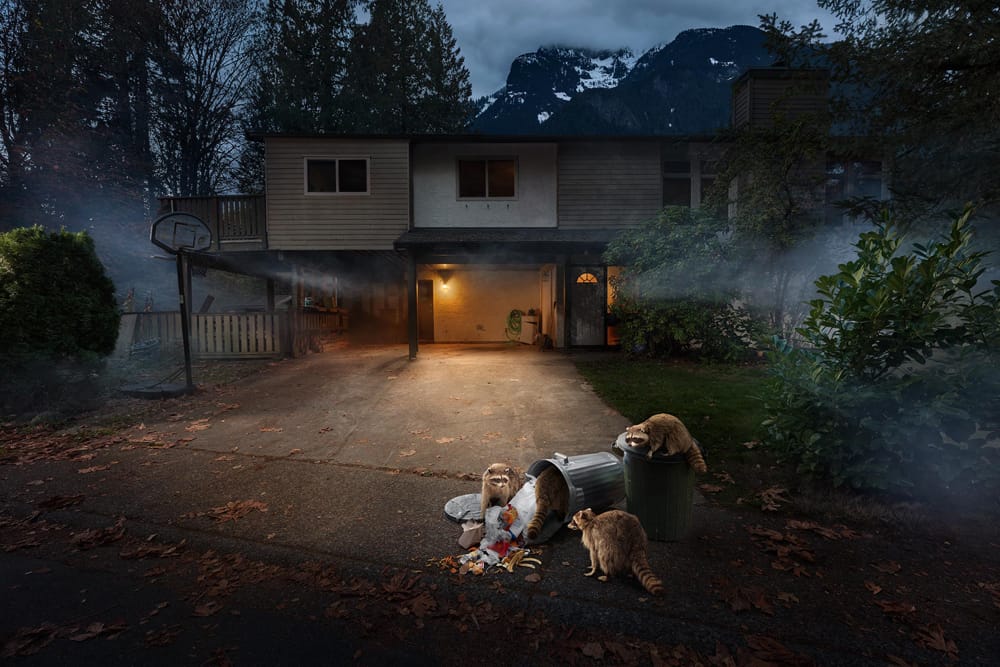