Wim Blom’s work is precise, of a timeless quality.  He adopts an intensely realistic approach to painting still lifes and images of uninhabited interiors, exploring the intrigue of spaces.  He received his Fine Arts degrees from the University of the Witwatersrand, Johannesburg, and did post-graduate work at the University of Edinburgh, Scotland, and at the University of Perugia, Italy.

Blom taught at the University of the Witwatersrand and at the Johannesburg School of Art.  After emigrating to Canada, he was a curator at the National Gallery of Canada.  After leaving the museum world, Blom gave his full attention to his painting.  He has exhibited internationally.  His work is represented in public collections, such as the National Gallery of Canada and the South African National Gallery, in numerous corporate and private collections in Canada, France, Great Britain, Germany, Israel, Italy, Japan, The Netherlands, New Zealand, Poland, South Africa, Spain, Switzerland and the U.S.A.  Wim Blom lives and works on Salt Spring Island, British Columbia, Canada.  With this exhibition he celebrates his 89th year. 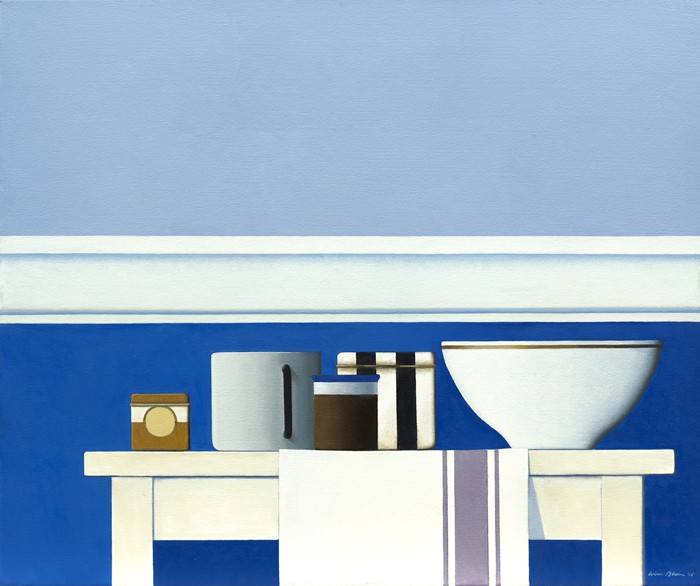