Dana Irving’s painting style is borne of a deep affection for the Canadian landscape.  From her childhood in rural Prince George, BC, surrounded by pine trees and lakes, to her subsequent home on the West Coast, nature has left an indelible mark on her sense of aesthetics and place.  A musician as well, Irving’s expertise lies in channeling the currents that course through each of us into art, her stylized paintings showing how the different mediums inform each other.

A form of modern day animism, Irving’s aesthetic imparts a synchronous world in which the elements harmoniously swirl as if in awareness of their kindred origins.  It serves as testament to our human experience – rooted in visual representations of the sublime.  For several millennia, the fjords and rain forests of the Pacific Northwest compelled its citizens to reflect the natural environment, their cultural output founding a historical context for understanding Dana’s work. From Bill Reid and Emily Carr to Dempsey Bob and Lawren Harris, their work pays respect to our natural surroundings, acknowledging the reciprocal links between all forms of life. The elements that make up our landscape: the water, trees, mountains and sky are carved out in specific detail, each with their own unique character and personal spirit, thriving and coexisting in a comprehensive vision of balance that Irving lovingly assembles for us.

A recurring theme Dana is inspired by is the British Columbian story of Kiidk’yass, otherwise known as The Golden Spruce.  This unique, ancient Sitka Spruce, golden instead of green (the result of a rare genetic mutation) was revered by all who knew it.  Tourists from all over the world made a mecca of the giant golden tree and to the indigenous people of Haida Gwaii, it was a powerful totem.  In 1997, Grant Hadwin, once employed by the Forest service as a selective logger, felled the one of a kind tree in an act of protest against BC’s clearcut logging practices.  After his arrest, he disappeared on his way to trial, never to be seen again, sparking mystery and rumours that persist to this day.  Irving’s interest in depicting the tree is largely symbolic as the story represents the continuing struggle for the preservation of our natural landscape.  The Golden Spruce resonates as a martyr for BC’s ecosystem.  Forged in a perfect storm of circumstance thanks to the climate of Haida Gwaii, it was able to survive.  It was special, a paradox embodying the moral and cognitive dissonance we face as individuals living in modern society. 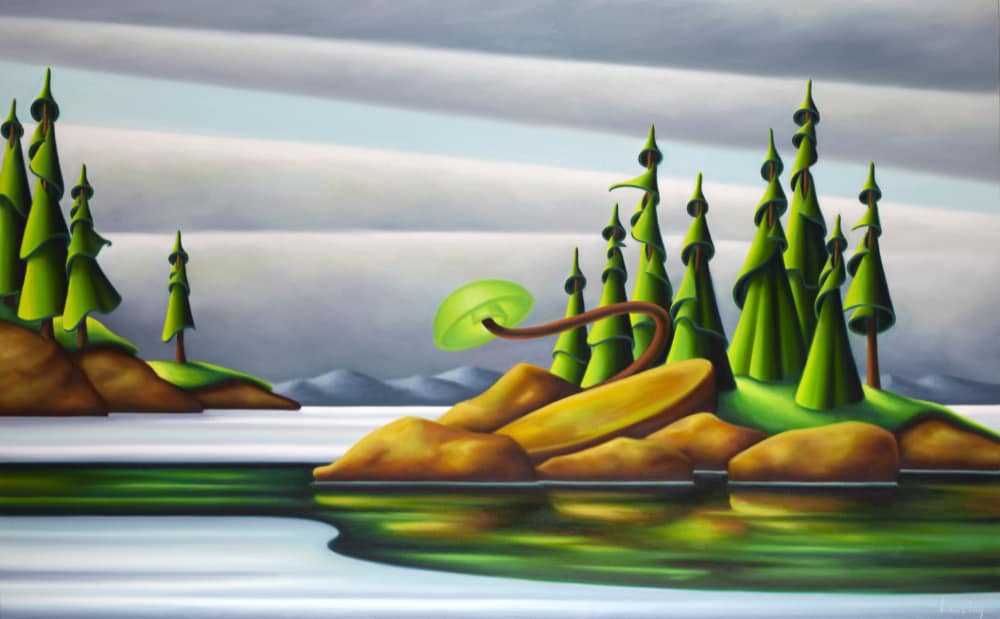 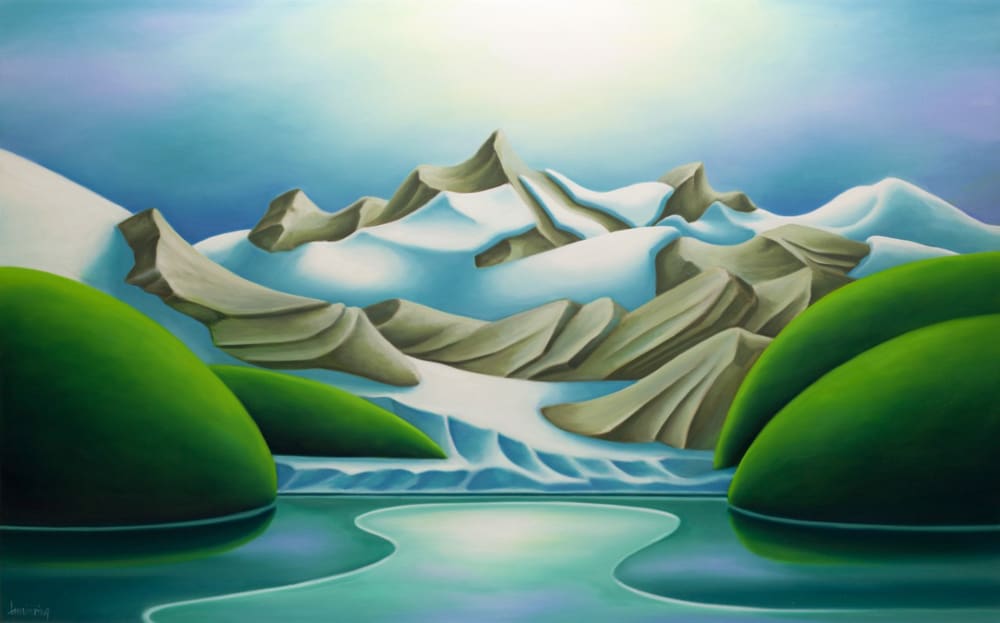 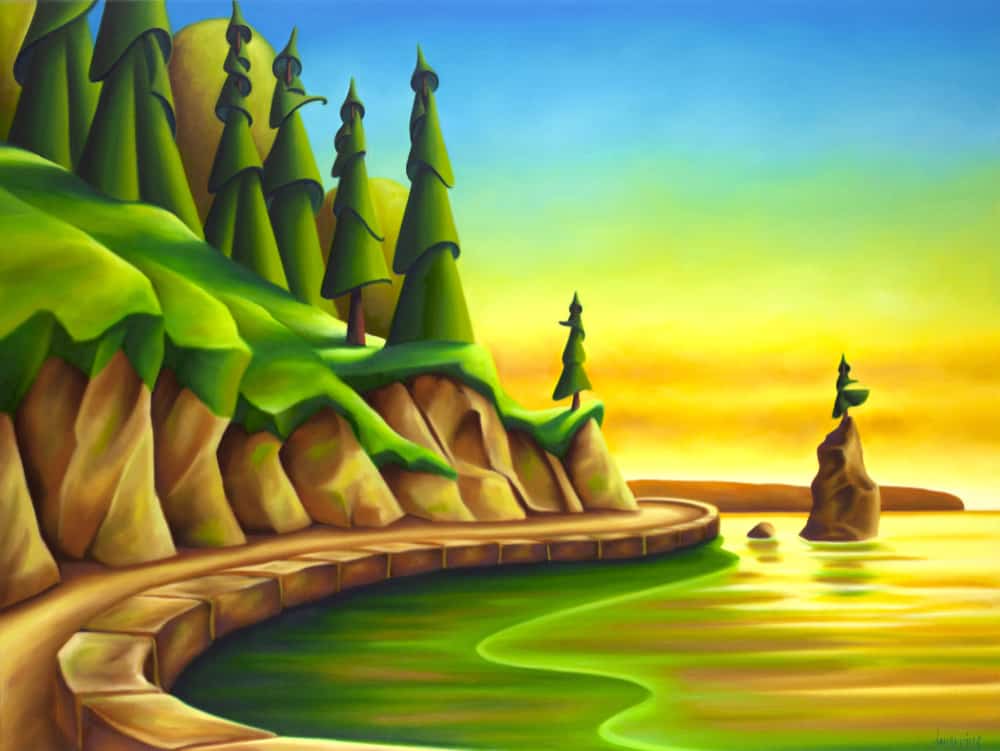 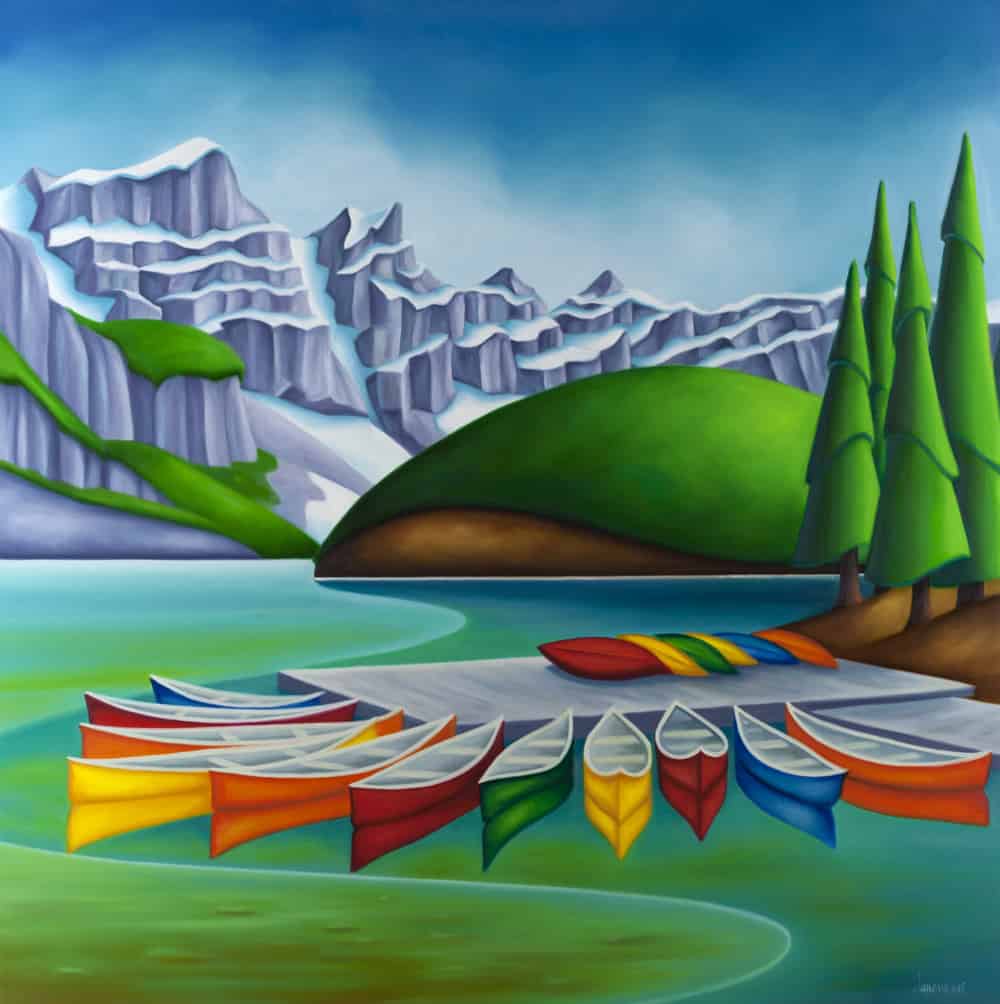