“In the decade that I’ve painted the urban landscape, one name is consistently mentioned when people first encounter my work: Edward Hopper. Hopper is the genre defining painter of the urban landscape whose iconic oeuvre casts a long shadow over all artists inspired by the modern city. In this exhibition Hopper’s Shadow, I confront his legacy by meticulously recreating in miniature his historic paintings and encapsulating them in a contemporary urban landscape. Each of Hopper’s anachronistic visions of the city are subsumed by the contemporary architecture with which I used to frame them. Through working with Hopper’s imagery I’ve entered into a dialogue with my acknowledged predecessor and challenged myself to continue to connect the urban landscape with a contemporary audience.” 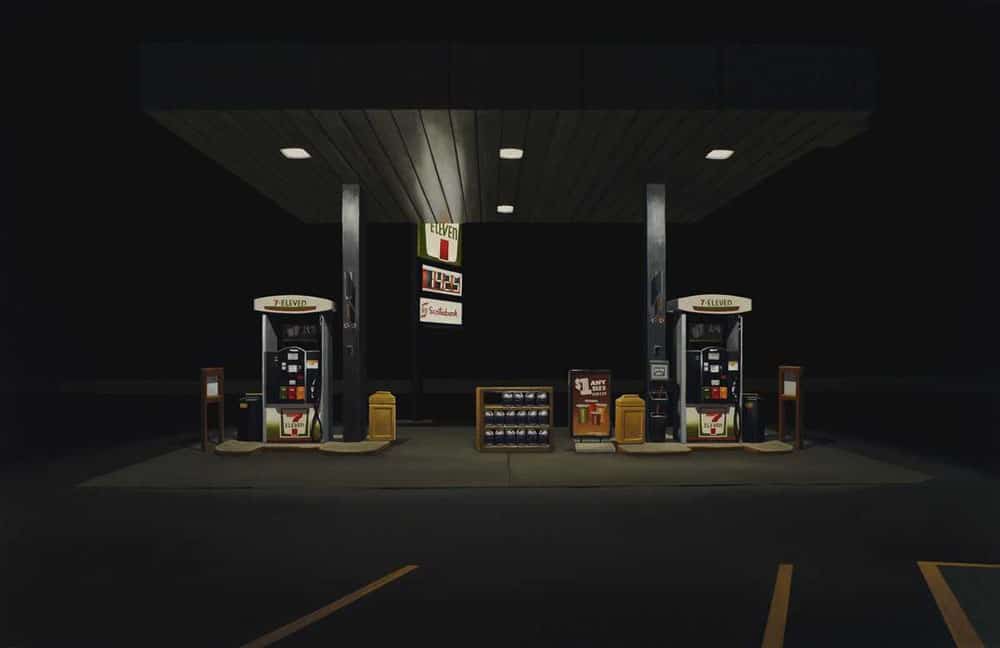 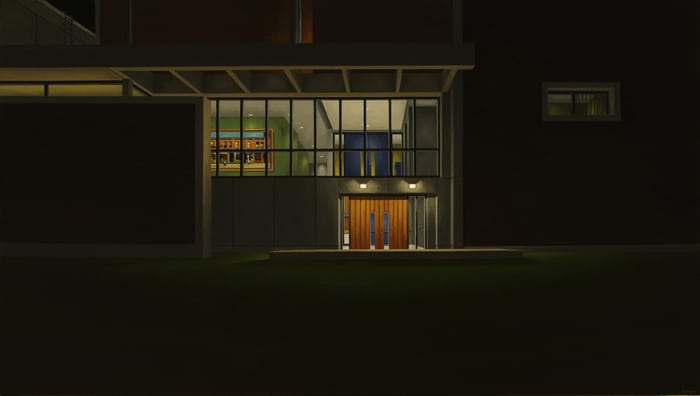 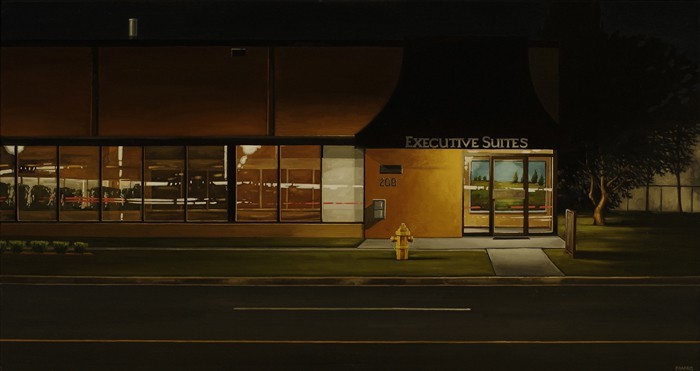 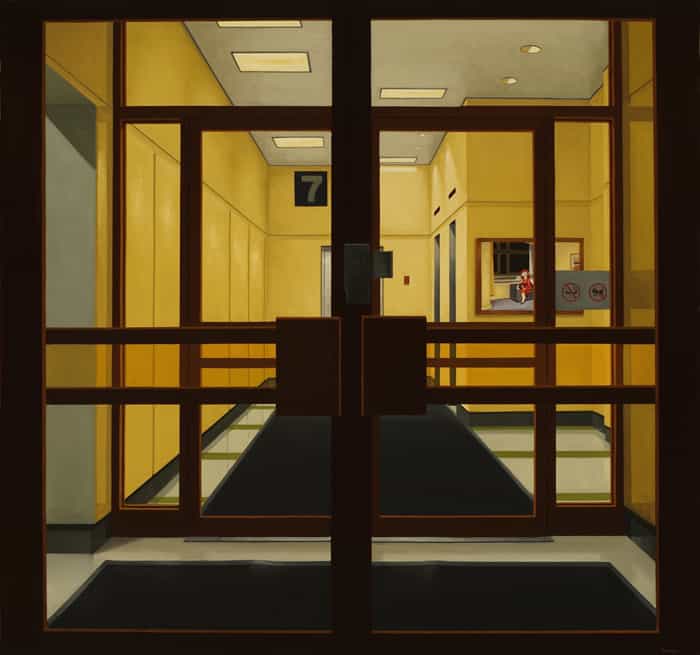 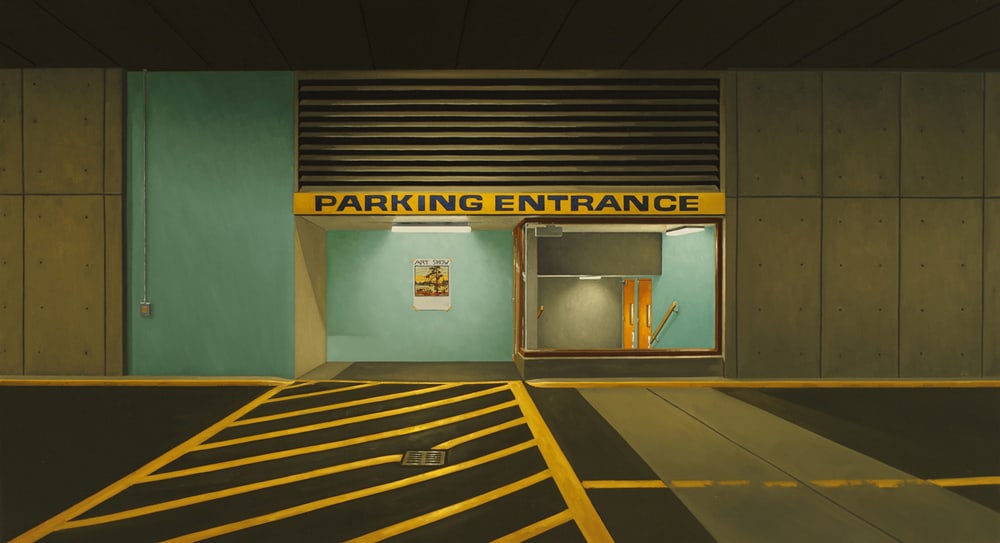