Born in Medellin Colombia, Marco Tulio expertly paints canvases in which familiar, realistic scenarios are imbued with a supernatural force, where the strange is naturalized and the normal mystified. In these pictures, he creates his unique take on magical realism in which the internal and external poetics of existence are pronounced.

Tulio’s paintings are like confrontational history tableaus – luxury objects faithfully depicting a romanticized idea of “Western” culture whose enduring historical dominance and complex influence persist. His images are both an homage to and subtle critique of this past, a narrative largely transmitted via art history. This topography of forms is mined and subverted through a contemporary collision of imagery both beautiful and haunting, descriptive and playful, allegorical and historical. Tulio takes the dual bedrocks of Western civilization, Christianity, and Greek culture, inverting and making them surreal, as if Magritte, De Chirico, and Dali were mashed up against Michelangelo, medieval Dutch landscape, and Hellenistic figuration.

Blending the narratives of sweeping history with the affect of the individual imagination, Tulio’s work is about the soul existing both inside and outside world forces that are both palpable and imagined. The result is a lush exploration of mystery and meaning through classically inspired painting that understands the material and immaterial as struggling against each other informing our understanding of life. 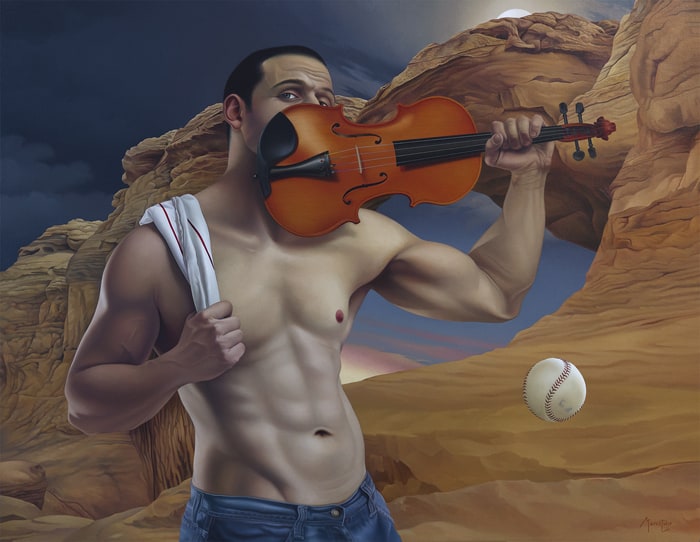