Like any city, Vancouver has its myths and clichés. Being a lifelong resident of Lower Mainland, British Columbia these are as common to Kevin Lanthier as the North Shore Mountains or the #1 Highway. As a digital photo artist, the ability to extract and recompose subjects allows him to explore these ideas. So, while every element of his images can be found within the Greater Vancouver area (unless they’ve already become victims to the city’s ever-reconstructing nature), none will be found in the context in which you see them here.

“These images aren’t at all about the strict documentation of the city”, says Lanthier, “It’s more about showing a crafted idea of it as it exists in our memories. The flattened perspective of the buildings suggests reducing those structures to symbols, like how a child would draw a house by placing a triangle on top of a square, but while maintaining photorealism. The assembly of the pieces is done with the intention of creating these hyperreal, yet nostalgic little worlds, each of them distinctly and recognizably Vancouver.”

Lanthier takes a look at the derisively-named “Vancouver Special”, the only house style completely unique to Vancouver, and contrasts it with similarly mass-produced houses today, what must surely be seen as the “New Vancouver Specials”. He compares the historic homes of the west side to those in East Van, to see how the conventional narrative of the West Side’s affluence and East Van’s working-class roots is seen in the architecture of their houses. And finally, he examines the themes of gentrification vs. preservation in specific areas and neighborhoods, always reflecting the politics (not to mention real estate market) of the day. 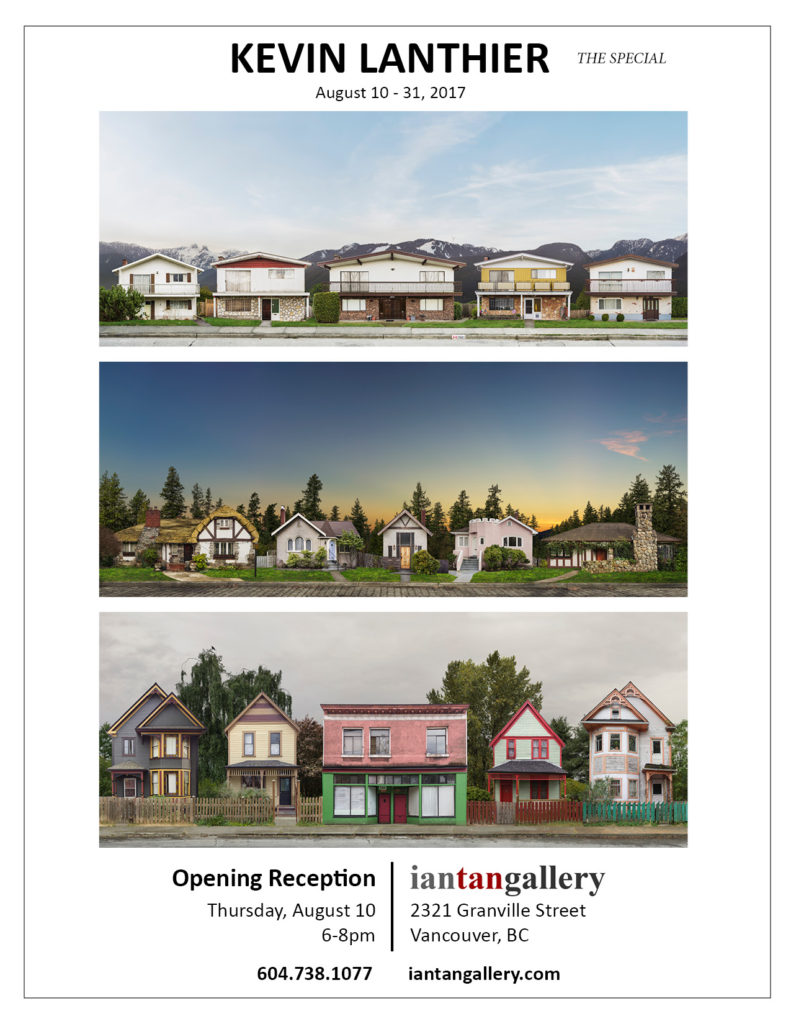